On 16th March we asked children across the Island to dress up as what they want to be when they grow up to celebrate Young Carers Action Day. 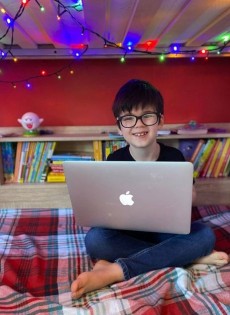 We asked everyone who took part to send in their photos to be entered into a competition and were overwhelmed with how many entries we received.

First prize, which was a chocolate bouquet and a £20 Waterstones voucher, went to brothers Davy and Jacob Cunningham. Davy, who is five-years-old, is one of our young carers and says that when he grows-up he wants to carry on being Jacob's hero, but would also love to be ‘Chef Davy’ in his own café, making loads of nice treats. Jacob said that although he isn’t the biggest fan of dressing up, he did want to show us what he wants to be when he’s older and sent us a photo of him in his library at home. Jacob's mum told us that Jacob really wants to have his own library and has it all planned out, from what days and times it will be open, to what activities he will do, to how he will read books to school children when they visit. He also said he will have a little snack bar at the library for people if they are hungry! 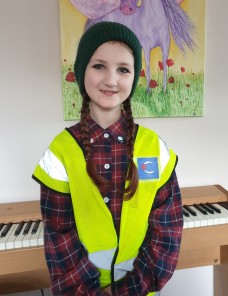 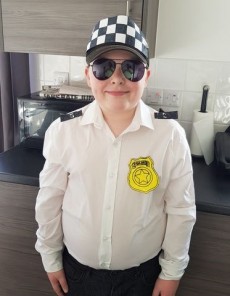 Second prize went to T Jay Nightingale who wants to be a policeman, and the third prize was won by Annie Hunter, another one of our young carers, who dressed up as one of our Young Carers Workers, Billie, as she said she wants be just like her when she grows up. Annie even made her own Crossroads logo, did her make up, and raided her mum’s wardrobe for her costume. Both Annie and T Jay won a £15 Waterstones voucher.

Crossroads’ PR/Fundraiser Megan Faragher said: “We had a fantastic response, so we must say a huge thank you to everyone who entered the competition. A huge thanks also to MMC for donating the Waterstones vouchers and for helping us with this campaign."

Young Carers Action Day is an annual campaign run by the Carers Trust which helps highlight the incredible work young carers do.