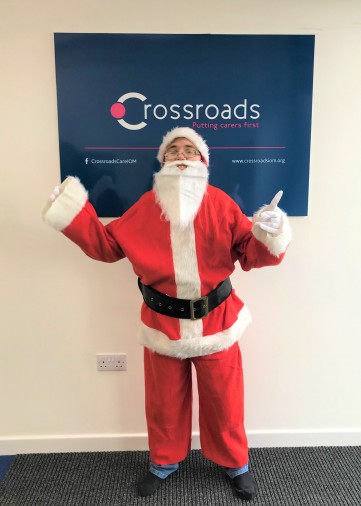 Jack is a big part of the Crossroads family. He attends our Crossroads Community Venture (CCV) scheme every week, which is a project that supports adults with learning disabilities to learn skills and gain confidence. CCV also offers employment training and supported placements to help adults with learning disabilities be part of a working environment and become more independent.

Jack loves coming to CCV each week, and helps us with our Steam Team ironing service, packing items to post out, and going out and about to collect donations received through our Blue Bin project. Jack has also met lots of new people through CCV, and always has a smile on his face when he comes in!

A huge congratulations and well done to Jack! We are incredibly lucky to have him as part of the Crossroads family.

Jack has already smashed his target total for this year, but there is still time to donate via his JustGiving page.